PALO ALTO, Calif., May 19, 2021 (SEND2PRESS NEWSWIRE) — Fanplayr, a leading customer experience personalization platform, announces the appointment of three new members to its board of directors. 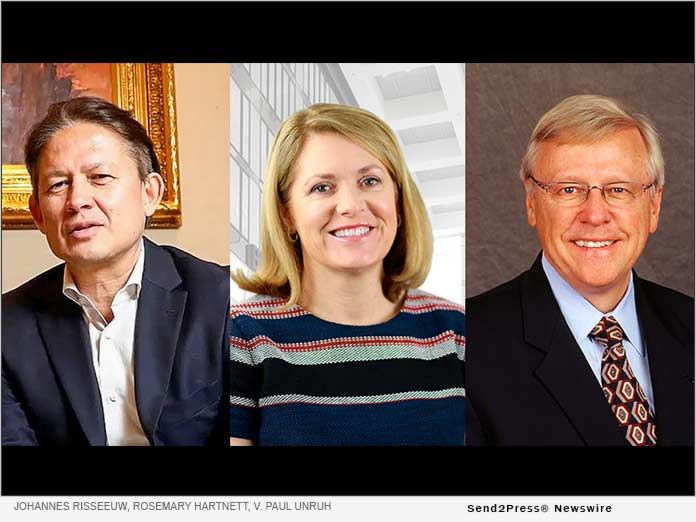 Paul Unruh is a seasoned financial expert and was formerly Director and Chairman of the Audit Committee for NortonLifeLock (Nasdaq: NLOK from 2005 – 2020) and formerly Director and Chairman of the Audit Committee at Nexant (2000 – 2021, acquired by Resource Innovations). He also serves as a Senior Advisor and member of LP Advisory Board of TeleSoft Partners. Other prior directorships include Heidrick & Struggles (2005-2017), Aconex 2011-2018 (ASX: ACX, acquired by Oracle in 2018) and Move Inc 2003-2014. Earlier Paul worked at Bechtel from 1978 to 2003, where he retired as vice chairman and member of the three-person senior management group. During his tenure at Bechtel, he also served as chief financial officer, controller and treasurer.

Johannes Risseeuw has served as Executive Chairman for Damstra Technologies (ASX: DTC) since 2017 which is one of the first companies globally to deploy a technology platform for enterprise protection & safety (EPP). He was previously the Vice President Mergers & Acquisitions, Asia Pacific at Shell. Johannes has also served as the Chief Investment Officer of Questus Energy from 2016-2017, and as the Chief Operating Officer at Skilled Group Limited from 2011-2015.

Rosemary Harnett currently serves as a Non-Executive Director at Arena REIT (ASX: ARF) and is the Chair and an independent Director of ISPT, and a Director of International Property Funds Management (IPFM). Prior directorships include Aconex 2015-2018 (ASX: ACX, acquired by Oracle in 2018), and Wallara Australia Limited 2014-2017. Rosemary was previously Chief Executive Officer of Housing Choices, one of Australia’s leading registered housing associations.

“We are pleased that these particular leaders have joined Fanplayr’s Board of Directors,” said Simon Yencken, Founder and CEO of Fanplayr. “Each of them brings a wealth of experience to strengthen our foundations in finance, technology, mergers, and operating with relevance on a global scale.”

Fanplayr has made significant announcements in the past 6 months, including successfully receiving a U.S. patent for Segmentation as a Service, adding Product Recommendations and SMS Messaging to its product line, and now the appointment of three new Board members. Yencken says the movement to a digital-first economy and the ability of Fanplayr to operate as a global company have reinforced Fanplayr’s growth and development. “The appointments of Ms. Hartnett, Mr. Unruh, and Mr. Risseeuw will help to ensure continued momentum for Fanplayr,” says Yencken.